HomeAnimalsSmiling Pitbulls Are Real? Yes! As These Photos Demonstrate 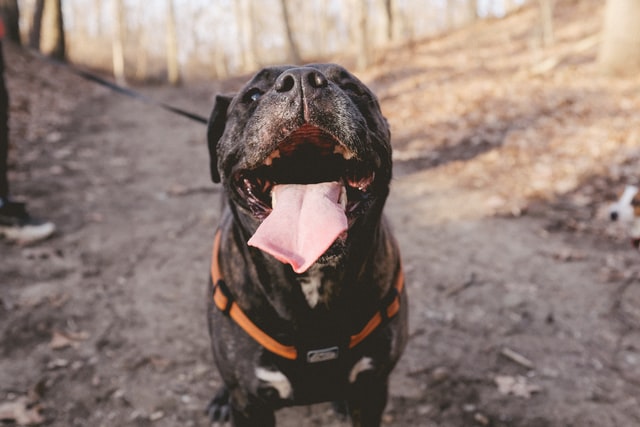 If Pitbulls Do Smile, Why

Smiling pitbulls exist people! Some people believe the belief that Pitbulls are aggressive and vicious dogs of nature. Although the media is inclined to think that this breed is a threat, however, most of the Pit bulls grow into loving, affectionate, innocent, loyal and loving pets.

But most of the time, it’s a waste of time to tell this to those who can’t be convinced that Pitbulls are not aggressive as they think. And the question is, why do Pitbulls smile in the first place?

This article will tackle this baffling question, examining the motives for a pitbull’s smile and then look at some of the frequently asked questions about dogs in general.

Why do Pitbulls smile? When a Pitbull smiles, it’s an indication that he’s at peace and not displaying any aggression. Also, at that moment, there is no challenge to the authority of any person around him.

When Do Dogs Smile, And What’s The Reason

We have a better understanding of the main reasons Pitbulls smile, but we must look at dogs in general in order to discover the reason why they smile. The most common question is, do they smile because they are happy? Well, to be short and simple, Yes, they smile only when they are happy or want to play.

As an example, your dog’s activities are what fulfil the reasons to a cute smile; there’ll be many visual indicators for it – tail waving as well as jumping to be an example.

The dog’s smile is a reflection of this relaxed look. As the eyes and ears will be relaxed when he’s in the mood, so do his mouth. This is why it appears that he’s smiling. Is that it? That’s all?

Well, not really. Another theory is that doggos have served as man’s most trusted friend for so so many years; they have discovered what makes us pleased over time and the best way to get what they need. Dogs have discovered that we are pleased to see them smile. We may even cuddle him or give him treats whenever he smiles, and the dog keeps doing it over and over. The cycle repeats. Clever, right?

Are There Any Differences When Pitbulls Smile?

Above in the article, I mentioned that pit bulls smile mostly smile because they’re relaxed and are not scared; however, when you consider the various reasons why dogs smile, the picture becomes more clear.

Pitbulls are happy when their body is at ease. As with the other breeds, pit bulls shake their tails, they have eyes that appear bright and friendly, and they love shaking their mouths too. They’re an amazing dog breed, despite what people think.

And then there’s the fact that, due to the process of evolution, your pitbull has learned to use charm to trigger a positive response from people. It has the ability to snatch snacks from you whenever It wants, and that’s the reason you love them.

At the end of the day, for an animal that has an image (largely wrongly) of being intimidating, you’ll find that the Pit bull’s smile may be certainly one of its most lovable characteristics.

When he flies at you next time, give him a pat on the back to make him even more, happier about himself. Be sure to keep treats on hand for him, as well!

And if you still think that Pitbulls are scary, this little story below might change your view!

A few breeds of dogs split people in a way that is as appealing to Pit Bulls. However, whether you like them or hate them, it’s not a secret the fact that Brinks is one of the Pitbulls that is difficult not to admire. Look at that smile!

The pet Pittie was wandering around through the city of Brooklyn one day when it came across a kind human. The human was Jon and had another dog named Demo, and they immediately picked Brinks. Jon took Brinks into his home while he attempted to locate the lost dog’s owner. However, within a few months of looking through the reports of missing dogs and distributing flyers, the dog’s owner was not found. Brinks was there to remain. Brinks was just 11 months old at the time; however, as you see in the picture, he’s been smiling for 12 years! So it’s not surprising that he’s an Instagram star.

Look How Grateful He Is

Brinks Smiles When You Greet Him in The Morning.

There are many photos that show wildlife, or even wildlife photography was taken from the adorable animal's viewpoint, but...

16 Of The Cutest Cat Cankles Every Cat Owner Will Admire