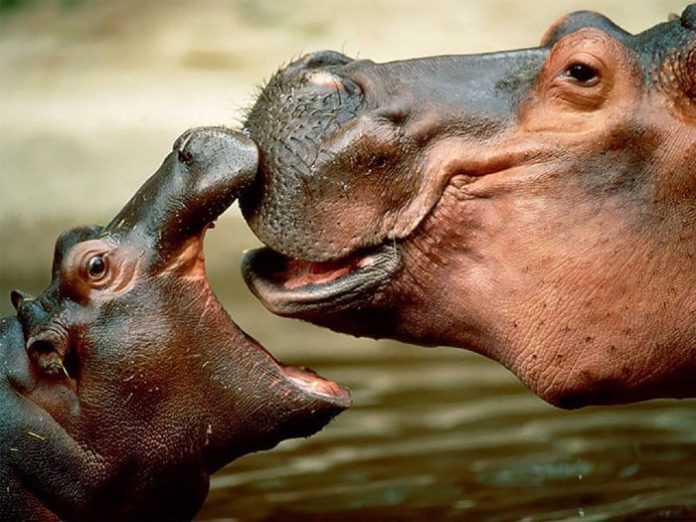 Hippos have an image of being insane animals, but you will be amazed when you meet these adorable creatures. Take a look at this list, created by PaxCube as a selection of the most adorable and cute hippos that we were able to gather.

The existence of Hippopotamuses is believed to be approximately 55 million years. They are native to Sub-Saharan Africa, and their name is derived from the word ‘River horse’ according to Ancient Greeks. They’re usually thought of as the third-largest land mammal, after elephants and white rhinos; however, despite the fact that you wouldn’t believe it, their closest relatives are actually dolphins and whales. Their diet is mostly grass, and they generally have a lifespan of around 45 years. Despite their tubby looks, hippos are able to easily outrun humans and can be extremely aggressive, particularly when they are threatened. They are still cute, though! we Just have to keep our distance.

These cute hippos are among the biggest infant mammal species in the world. They’re definitely among some of the cutest semiaquatic mammals, but they’re extremely dangerous, too. Check out the following article to learn five amazing facts about cute baby hippos and also to see some cute photos!

If we tell you the story of an abandoned cute hippo baby and the tortoise that was 130 years old and were best friends, You’d think that we are crazy, wouldn’t you? Well, it’s true! In one of the wildlife sanctuaries located in Kenya, one hippo known as Owen had to be separated from the rest of his group following a tsunami that destroyed his home.

The proprietor of Lafarge Ecosystems got to hear about the poor animal and went to retrieve the animal. After bringing him back to her reserve, he ran to a 130-year old tortoise known as Mzee. The tortoise was surprised to find that it was able to show signals to show affection toward Owen.

Mzee and Owen spent their time walking with each other, visiting the pond, and then roaming around the area of the sanctuary. This unusual relationship goes to reveal how wonderful Nature can really be!

Like we said before, Hippos are the third-largest land mammal, second only to rhinos and rhinos. It is easy to imagine that they carry massive newborns. In fact, the typical newborn hippo weighs about 100 pounds!

Hippo calves can eventually increase to weigh up to 3,000 pounds or more when they become fully grown adults. They are primarily dependent on the milk of their mothers, which is high in fat and nutrients, to aid in their weight gain. Because hippos spend most of the day in the water, they must take a bath underwater. They keep their eyes closed and their nose when eating to avoid sucking up the water while eating.

When they’re weaned, they start to consume grass as their main food source.This helps them get used to chewing and helping prepare the digestive tract to digest solid food. They are able to consume 50 pounds or more of grass every night as they grow. When they reach the age of adulthood er will see their food pursuits expand however grass is an essential part of their diet throughout their life.

It could be a shock to you that either the cute hippo babies or their parents are not able to swim. You may be wondering, how do they manage to spend long hours in water? The answer is easy. They utilize their legs to propel themselves off the bottom of the water.

The most effective way to explain the way hippos reside in the water is to say they float around. However, as they are extremely heavy, they are unable to truly flounder. If it appears as if they’re floating over the surface of the water, the reality is that they’re located in a shallow part of water. It gives the appearance of floating, but it is not true.

Although a hippo birth can produce twins, however, it is very uncommon. Mother hippos give birth to one baby approximately in two years. It’s so uncommon for female hippos to be able to have more than one baby at one time. There are only 15 times where hippo mothers gave twin births over the last 100 years.