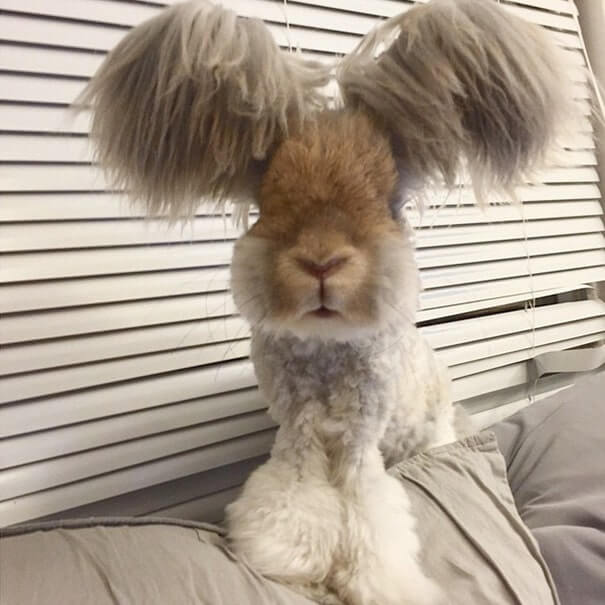 Wally, an English Angora wing eared bunny, lives in Massachusetts, USA. His ears look like angel wings. Molly, the owner, and this furry bunny became really popular on Instagram for her clever comments, as well as the adorable and crazy haircut Wally had. We couldn’t be happier because seeing these sorts of adorable animals is never enough. Wally was born on July 14, 2014. And he is quite the star.

This cute breed of rabbits is known for its soft, long hair. They were first domesticated in Ankara in Turkey. And are one of the oldest breeds of domestic rabbits. Their popularity grew in France in the 18th century. This fluffy animal has wool that is softer than cashmere. English Angora rabbits make great pets, as they often resemble teddy bears or puppies.

And now scroll down and witness the most adorable wing eared bunny, Wally!

Cat Eye Mantis: Everything You Want To Know About Them

Are you looking for a good pet or trying to learn about a new species? Then cat eye mantises...

Professor Sydney Engelberg, The Man Who Won All Our Hearts