HomeAnimalsThe Inside Looks Of A Penguin Mouth Will Creep You Out

The Inside Looks Of A Penguin Mouth Will Creep You Out 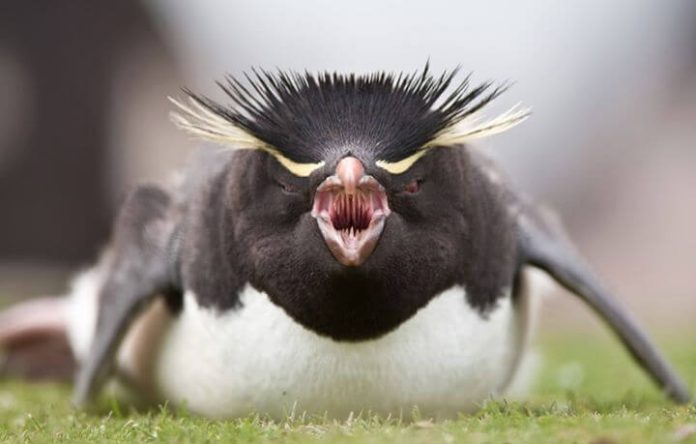 If they were given something they did not like or offered in an unpopular manner, the penguin would raise its bill and then move its head rapidly toward the side in order to shake the fish I gave it out of its mouth. One day, in these situations, I got brief glimpses of the penguin’s mouth, and it really seemed like something out of the pages of a horror novel!

A Little Something About The Penguin’s Bill

From the outside, the mouth of a penguin or bill is among its most distinctive features. There are different colors for every species of penguin. They could be stunning, such as that of the King Penguin. The bills are made of hard keratin patterns (keratin is the protein that makes up humans’ hairs, the hooves of giraffes, and rhino horns).

The bill has a hook at the back that allows the penguin to grip objects. (This obviously helps because penguins don’t have hands or arms like us.) Additionally, there are two nares to each side of the bill to ensure that the penguin is able to breathe while keeping the bill shut and also provide escape points to release the extremely concentrated salts they consume.

Why Is It Spiky Inside A Penguin’s Mouth?

When we shift our focus to their mouth’s interior, we see that ghastly thing I have mentioned. Penguins don’t wear teeth. However, it appears like your tongue, and even the roof of your mouth does! These teeth-like structures that appear on the tongue and palate are actually composed of soft, keratin-like spikes, also known as the papillae. They look sharp at the top, but they turn back towards the rear in the mouth.

How Do Those Papillae On A Penguin’s Tongue Function?

In the beginning, you’ll be able to see that the sharp papillae are all pointed towards the rear of the penguin mouth. These papillae function like a hook for fish. Penguins can grasp the fish’s surface, and the food is now only moving in one direction, through to the penguin’s stomach!

Every tongue has papillae, including ours. However, the penguins have a more prominent one. The reason is due to the function that the tongue plays. Animals with “protruding the papillae” are usually food collectors. Penguins are definitely spotted with prominent papillae, and they collect their food from the ocean!

Tongues with papillae that are not protruding are thought to utilize their tongues to push food into the mouth and through the esophagus. Penguins are able to also do this; however, it hasn’t been thoroughly documented. It is likely that the movements are limited, but it does allow it to be able to move between sides and even up and down. There are also tongues that are designed to lay flat to allow food to flow through the esophagus if properly placed. Penguins have all of these functions. These functions are likely to be applicable, and the last one is most appropriate for chicks.

Inside of a penguin’s mouth, Below the papillae are connective tissue, fatty tissues, mucus glands as well as serous glands. The salivary glands reside in the rear of the mouth. They release serum as well as mucus. In a study conducted by researchers studying Magellanic Penguin oral structures, salivary glands were found to be present as early as day one, but they were still developing and released greater quantities of beneficial mucus when the subject grew older. The majority of other birds have the same amount of development of their glands and mucus production from the moment of birth.

There was a time when it was believed that seabirds who consumed seafood from the ocean were likely to have glands smaller and produced fewer mucins due to the fact that their food had already been lubricated with water. However, the evidence from the research on Magellanic Penguins backs up the notion that salivary glands serve distinct functions apart from functioning based on the diet they consume. It could be used for any of these reasons, for example: breaking down food, to protect from minor injuries, or to prevent harmful organisms from causing illness inside the mouth.

About Those Penguin Taste Buds

The majority of species of birds do not have the genes that regulate sweetness. However, penguins have fewer taste buds. Certain studies have revealed that only receptor genes for salty and sour tastes were found in the penguin species. It’s believed that bitterness, umami, and sweetness receptors evolved from the penguin lineage due to the fact that their ancestors were in cold conditions where these receptors were not functioning properly.

Wow, how cool and horrendous, right! Isn’t it very unique everything about the penguin mouth??!

Although they’re birds, penguins wear flippers as opposed to wings. They can’t fly and, on land, they walk in a zigzag-like style upright, although when conditions are appropriate, they may slide off their bellies. On the water, they are skilled divers and swimmers, and certain species attain speeds of up to 15 miles an hour. The distinctive color of the penguin’s body –black with a white belly — helps conceal the bird underwater while it hunts for food from small fish, shrimp crabs, squid, and crabs.

And if you’re interested in learning almost everything about penguins, you may visit penguinsinternational.org as well.