HomeAnimalsThis Naked Owl Left The Internet Speechless With Its Looks

This Naked Owl Left The Internet Speechless With Its Looks 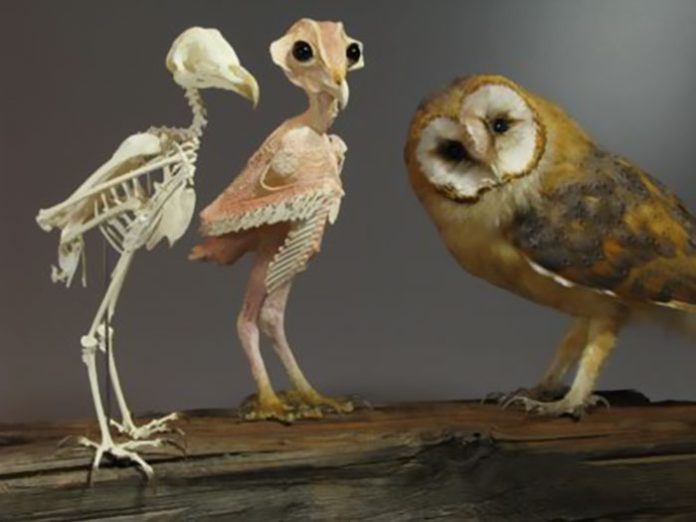 Sometimes we wish that we could push the button that says “unseen”, which is precisely the case for many of us when a random man tweeted a shocking photo of a naked owl. “I recently searched on Google what featherless owls look like, and I am horribly shocked,” the man said. That person followed this by tweeting that an owl that is normal meets her featherless cousin and an owl’s skeleton, calling this the spookiest encounter ever.’

Experts seem to suggest that this is what the birds appear like beneath their gorgeous feathers. The deputy director of the World Bird Sanctuary, Jeffrey Meshach, said that in the second image “the bird in the middle is the way a barn owl could appear like without feathers.” He further said: “It’s actually a great photograph that illustrates how feathers alter the look of a bird’s skeleton.”

However, all of it was way too new to handle for people on the Internet to deal with, and people were saying that these birds without feathers in this photo could be aliens or dinosaurs. The photo also sparked a series of tweets featuring the animal world without fur and feathers in response to that person’s horrific photograph.

We aren’t sure about you; however, we’re in shock and particularly with the bizarreness of the owl’s skull.

The Shocking Image Of A Naked Owl

Nothing you ever expected, right?! Now I just can not stop thinking about what dinosaurs actually used to look like. The history we have imagined could be much more different. Alright, back to the topic, the skull of an owl is even smaller!

Have You Ever Seen What An Owl Looks Like After Rain?

There is a constant discussion about how clever and cunning cat breeds are. Sometimes, we overlook the fact that...