The Most Realistic Morgan Freeman Portrait Drawing Ever 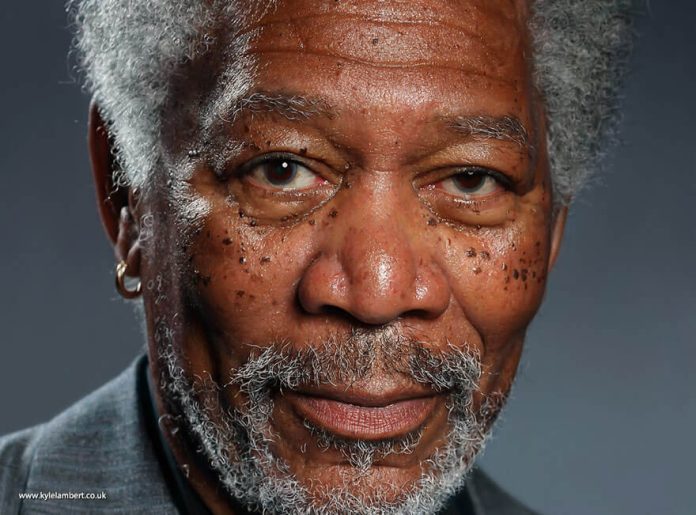 Lambert, who is an oil painter and illustrator, uses his iPad Air with the Procreate application. This Morgan Freeman portrait drawing was based on a photograph of him; however, Lambert shows that he created it completely using his own creative talent. While the short time-lapse renders it appears as effortless, however, it required Lambert around 200+ hours and more than 285,000 strokes of brushstrokes to create.

It’s true this photo that you see of Morgan Freeman is not a photograph – it’s actually a finger painting. Artist from the UK Kyle Lambert finger-paints (or finger-draws if you’re a true purist) amazing photo-realistic portraits of famous Hollywood stars using his iPad.

Morgan Freeman is far from the only celebrity who Lambert has provided a hand-painting to. Lambert’s Youtube channel has videos from other celebrities like Jennifer Aniston, David Beckham, Will Smith and Megan Fox.

After Over 200 Hours Later, It Was Unrecognizable To Tell Whether Its A Drawing Or Not

You can watch how this morgan freeman portrait drawing was created from the start on Lambert’s YouTube channel.

Out of all the beautiful reptiles out there, cute turtles have a special place, and you know why; they're...