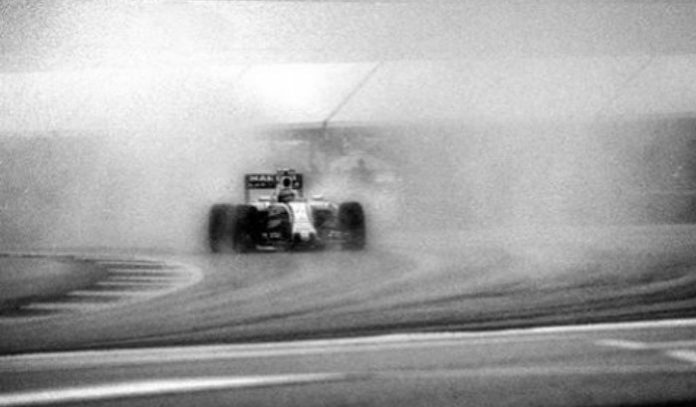 If there ever was a sport that demanded rapid-fire photography, Formula One racing is it. That make these Joshua Paul F1 photos even more interesting. Instead of using top-of-the-line cameras for capturing the frantic Formula One racing, Paul chooses to take his pictures using a 104-year-old Graflex View camera 4×5.

This photographer has clearly got an amazing sense of detail because, unlike modern cameras that can shoot as many twenty frames in a second, the 1913 Graflex can only take 20 photos in total. Due to this, each photograph he takes must be considered carefully before taking it, which is apparent in this gorgeous collection of sports photographs.

“My teacher James Fee gave me this camera while taking photography classes at the Art Center College of Design in Pasadena, California,” Joshua said. “Another pupil and I cleaned the darkroom, assisted him in printing his prints, and exchanged them for this old camera. I was lucky in this particular camera as the bellows are long, and I’m able to capture macro shots using it. It’s also the camera that Marge Bourke-White has used and is posing with on the Chrysler building.”

When asked about how hard it was to get the black and white images, Joshua said, “It’s not difficult, but it’s a procedure that sometimes works and other times not. Panning the view of an F1 car while it is moving at speed is extremely difficult, and I’ve been through many films without a single result. I’m not attempting to record the whole race, but F1 itself, and therefore, I’m more interested in cars, the people and the equipment, trucks and the overall environment.”

Although he has shot more than 3000 frames, the photographer had never planned to shoot Formula 1. “I went to Barcelona for the first time in 2013 to watch Blur perform at the Primavera Sound Music Festival. Since the race was scheduled to overlap with the festival, I applied for recognition through Road & Track magazine. The application was accepted three days prior to my departure, and upon my arrival, I was invited to attend the Monaco GP and subsequent races that followed. This was the first time I captured a car race.”

He’s become so passionate about his sport that he’s launched an online magazine called Lollipop, which is a magazine that caters to Grand Prix racing enthusiasts. Take a look at some of his stunning photos below.

Although the coat of arms of Russia is a double-headed eagle, bears are not the unofficial mascot of Russia,...

Dog Mullets That Turned The Internet Upside Down (32 Pics)