HomePeopleCorey Patrick graduation Story That Took Over The Internet 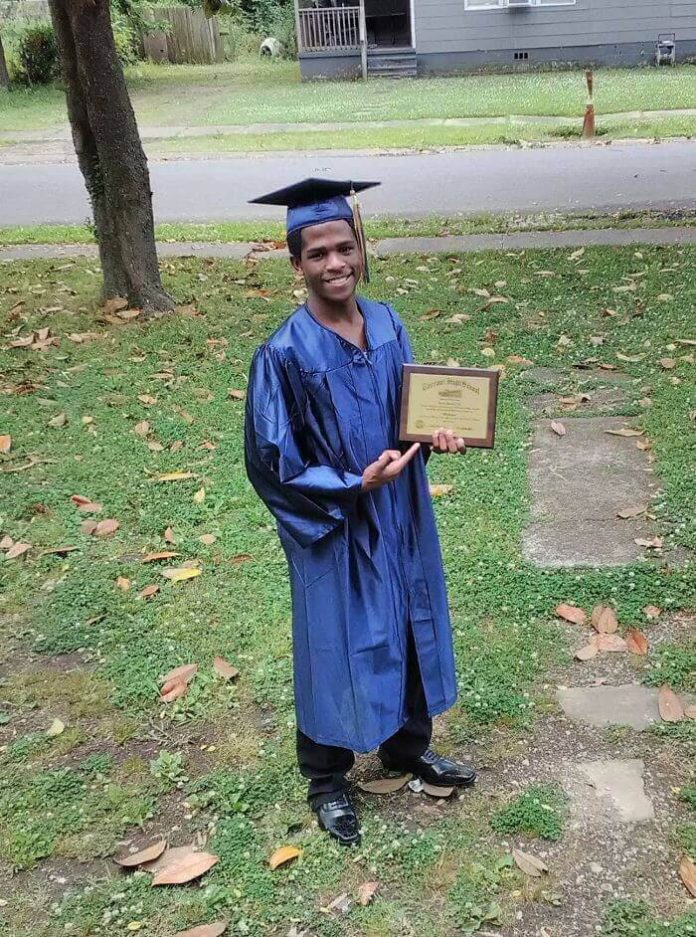 It’s said that determination is the key to success, and this inspirational Corey Patrick graduation story popped from Birmingham, Alabama, has proved that to be true. Corey Patrick spent the last year getting up at 4:30 am to catch a 90-minute bus journey to Tarrant High School in Birmingham, Alabama, which was where he went from fourth grade. He was hoping to be able to attend graduation with his classmates.

The 19-year-old Corey Patrick and his parents relocated to their new home in the West End neighbourhood, which was located about 10 miles away. This was when the time he was in his senior year in high school. He decided it would be difficult for himself to part with his classmates and teachers, so he gathered every ounce of his strength to finish his education with his classmates. Because the family doesn’t own a vehicle, Corey had to catch an early morning bus every day at 5:51.

On his day of graduation, Corey followed his daily routine, but this time, he was dressed in his graduation caps and gown. That’s when a bus driver named DeJuanna Beasley noticed the young person walking by himself and snapped a photo of him, which quickly went all over the internet. “Don’t tell me that this is not determination. He got onto my bus to take him to his graduation. No one was there with him,” The driver had written on Facebook. “It all depends on what you desire in life. He didn’t have what was best, but in my opinion, he was the best of the best! I was very proud of this young black man.”

DeJuanna Beasley explained The reason why she took the photo was not that she was friends with Corey Patrick. She was impressed by the way the boy hopped on his bus and completed the task by himself, with such determination, with no one supporting him. However, Corey’s mother, Felicia White, has said that the family managed to get to the graduation ceremony of her son within the timeframe they had planned.

A lot of people started to offer their assistance after Corey Patrick was identified as the person in the photo. However, the biggest delight for the teenager was the present that he received from the comedian Rickey Smiley, who was amazed by the teen’s determination. He invited Corey Patrick to his show to announce that they would be giving him a car with the help of other radio hosts from 95.7 Jamz.

While Corey Patrick was already studying for his driver’s permit, The radio crew offered to assist him with the rest that was going on. Corey Patrick also told on the radio show that he’s received a full scholarship at Jacksonville University and plans to pursue a computer science degree. Scroll below to see this inspirational story for yourself!

And if you want to know where Corey Patrick is now, you can check out his Facebook.

The Student Is Corey Patrick, Who Spent Last Year Getting Up At 4.30 AM To Take a One-And-a-Half-Hour Bus Ride To Tarrant High School, Where He Attended Since In 4th grade

Corey Patrick’s Dedication To His Work Did Not Go Unnoticed, As a Comedian Named Rickey Smiley, Who Was Amazed By This Young Man, Had a Huge Surprise Ready For Him

Corey Patrick Had To Catch a Public Bus Every Day Early In The Morning Since His Family Didn’t Own a Car, Rickey Smiley Said That Corey Is Getting a Car Of His Own

Most Hilarious James Breakwell Tweets About His Daughters

The Inside Looks Of A Penguin Mouth Will Creep You Out